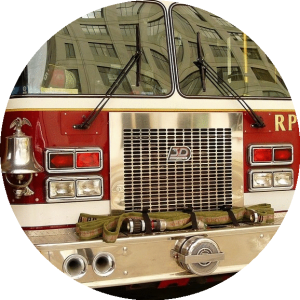 Abbott joined the fire service in his first few weeks at college. A year later, he was nationally certified and volunteering as a firefighter and EMT for two fire companies. His efforts to balance his identities as a college student and firefighter lead him to question what it means to be a firefighter and why it was that volunteer firefighters focused on trying to be “professional.” This latter problem became the focus of his undergraduate sociology thesis. Over time this project grew into a book, Waiting for a Call, which is part memoir and part ethnography.

Waiting for a Call follows Abbott’s own career as a firefighter and examines the lived experience of volunteer firefighters—their motivations for volunteering, their identity as firefighters, and how their conception of masculinity changes with age. In it, Abbott argues that identity and masculinity are both processes, continuously renegotiated over the life course, with different understandings of masculinity dominant among men of different ages. Indeed, he finds that firehouses are places in which masculinity is not mindlessly performed, but actively taught, so that younger men learn from their elders how to age and grow into men who focus not on themselves, but on others.

Abbott is currently revising the manuscript of Waiting for a Call.